Dolphin Electrical - Keeping you in the loop

At Dolphin Electrical we are all about keeping you in the loop. There is nothing more frustrating than waiting around for a tradesman who never shows up. Where possible we will provide you with a date and scheduled timing when the booking is taken. If for any reason the scheduling needs to change our office admin staff will be in contact to make the adjustment. Should your requirements be more involved we will attend the property in advance to determine a scope of works prior to scheduling. While onsite our tradesmen will have access to onsite contact details should they have any questions. Where possible we will avoid a second visit but it may be necessary to order parts to finish the job. Your job will be completed in a time efficient and professional manner and we will always clean up after ourselves. Once complete an invoice will be issued via email providing you with details for online payment. If for any reason you are unsatisfied with the job please let us know as we rely on customer feedback to continually improve our service.

We are a family owned and operated electrical contracting business servicing Port Douglas and the surrounding Douglas Shire since 2004. We pride ourselves in providing exceptional customer service and invaluable advice to our loyal customer base. From humble beginnings working out of a Nissan Patrol, to operating out of a purpose built commercial shed in Craiglie Business Park. Along the way we developed a team of excellent tradesmen and apprentices. With admin support to back them up our team reaches you in a timely manner with well equipped vehicles to get the job done safely and efficiently. 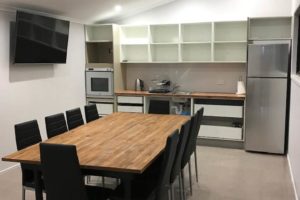 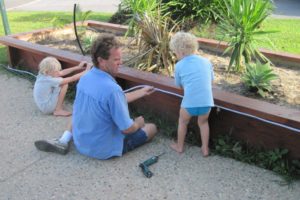 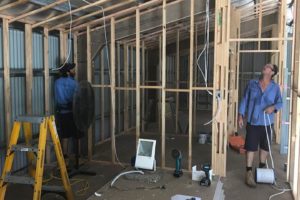 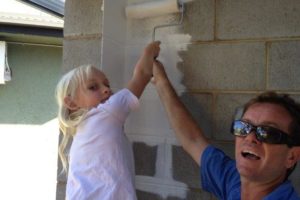 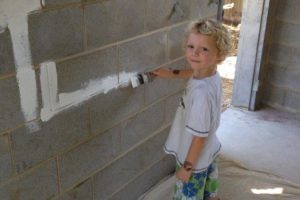 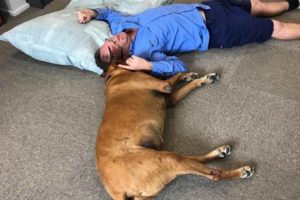 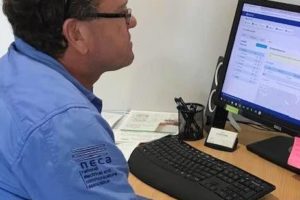 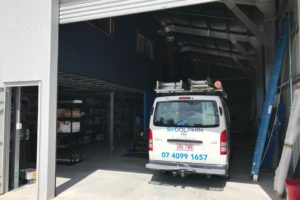 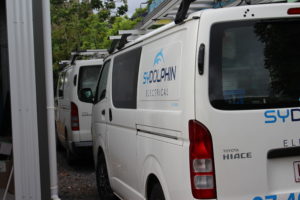 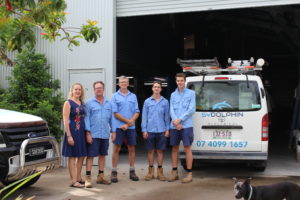 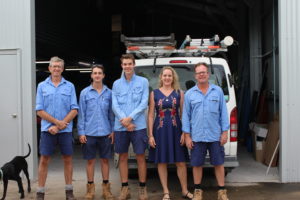 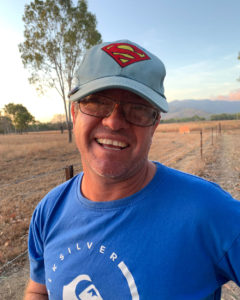 Yes, Dolphin is actually his name, no abbreviation or even middle name necessary.

Born in Sydney, Sy lived on the Northern Beaches most of his life and relocated to Port Douglas in 2001 after a trip exploring Australia in a big red Nissan Patrol. He picked up work around town at the Treetops Bar (Ramada) and Mossman Sugar Mill so he could still fit in a mid-week round of golf.

Things got a little more serious when he promised his wife Amber, they could have a baby if he got a boat. In 2004 he struck out on his own and has since gained the well-earned reputation of being the Electrician you call when you want a quality and safe job done on time. Having promised himself he would keep his “City Smarts” and offer reliable and exceptional service to all his loyal customers he continues to live up to that.

When not climbing ladders, meeting with customers or instructing his staff Sy loves boating, camping and fishing, with a regular game of poker on the side and an overdose of Golf on weekends wherever possible. 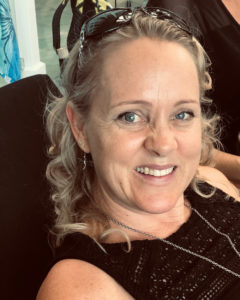 Lucky enough to exchange her maiden name, Whittington, with Dolphin in 2003.

Born in Perth, Amber spend her childhood moving between Perth, Sydney and Brisbane. She met Sy while working as an Event Co-ordinator in Sydney and moved from the big smoke to Port Douglas in search of a better environment to bring up a family.

After working in Sydney for a company helping BHP host international guests at the Sydney 2000 Olympics, her new gig at Treetops (Ramada) as Wedding Co-ordinator was almost a walk in the park. (Give or take a Bridezilla or three.)

When Sy started his business, Amber took the admin support role keeping his paperwork in order.  As the business expanded and their children grew her role became more involved and she now works full time playing an enormous game of “Schedule Tetris” with an extra few hats thrown in the ring.

Given the chance she reads voraciously, enjoys camping, hiking and horse riding in Far North Queensland’s beautiful paradise. Can be found at either CrossFit or up the bump track in the early hours and aspires to be a published author. 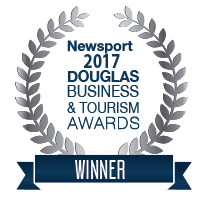 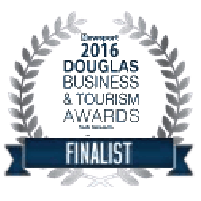 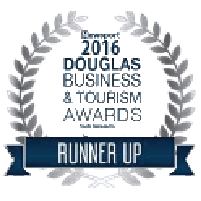 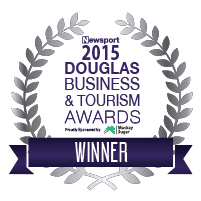 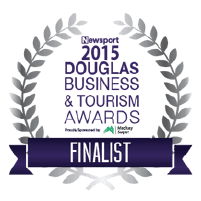 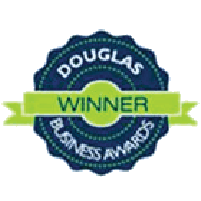 See what our customers are saying

“Dolphin Electrical have been a valuable support to our Property Management Department, consistently executing a high standard of work at a competitive price. Sy & Amber and their team are fantastic to work with and offer an overall excellent service and experience time and time again.”

“Just wanted to say a huge thank you to all the Team at Dolphin Electrical.
From start to finish everything has been very professional and first class.
The guys that worked on our place are to be commended - they did an excellent job, were very friendly and professional.
Together with your organisation, and the work of your guys we cannot thank you enough.”

“If you need help in this district look no further than Sy, Amber and the team. Sy has just completed installing and commissioning some very high tech energy monitoring equipment in my holiday home. Due to the lock downs we did it all via electronic media ( I am based in Sydney ) and I am just thrilled with the results. Cannot thank you enough.”

“I would highly recommend Sy and his talented team for ANY electrical works you require. Sy was most accommodating and hugely helpful, and full of options for my job. He spent time explaining all aspects of the job and set my mind at ease. Thank you Team! Appreciate everything you guys do for me”

“We are very happy with the products Sy recommended and also with Jack's work. It was all done efficiently and at a very fair price.”

“Sy and the team at Dolphin Electrical are an efficient organised operation that have been a great support to our business. They acutely understand the pressures we are under when guests in our resort have an issue and we need the services of an electrician to fix this problem in a very timely manner. Whilst we understand we are not the only resort they look after with urgent guest needs, they are extremely good at allocating their resources so we can keep our guests happy. They have also been very helpful in recommending new technologies and product options as we transitioned across to newer more efficient power saving lighting solutions.”

“We have renovated two properties in Port Douglas and have used the team at Dolphin for both. They are consistently professional, courteous and responsive. The communication is excellent as is the quality of the workmanship. Any issues (albeit minor) were dealt with quickly. Unlike other trades, if they are delayed or unable to attend at the specified time, they always call to advise and reschedule. Always our go to team for any electrical work.”

“Dolphin Electrical's exceptional customer service skills along with fast call out times mean that work is always done quickly and the process is hassle free from start to finish. Their tradesmen are fantastic, very knowledgeable about different products, always providing clean and tidy workmanship as well as giving a lot of attention to detail to ensure that expectations are met. Thank you for always providing a great level of service.”

“We have used Dolphin Electrical for over 10 years and could not be happier. The level of service and professionalism offered by Sy, Amber and their friendly team is second to none, (and whether you have a large or small job it remains that way too!) Would recommend this family business to anyone!”

“I have had so many frustrating experiences with tradies, but I am happy to say that Dolphin is worth his weight in gold. He has never let me down when I really need him and I know I can depend on both his sound advice and his workmanship – and that extends to his staff as well. If you need a good electrician then don't go past Dolphin Electrical!”

“We recently had work done at our rental property, including upgrading existing lighting to LED and tired old fans to coastal rated (which look amazing), as well as installation of hard-wired smoke alarms and safety switches in the switchboard. As well as giving the house a good freshen up, it is now compliant with Australian Safety Standards and we feel confident putting on the rental market. We cannot rate high enough. Always there when we've needed work done at home or at our business, with a high standard of work, always going out of their way to give us the best advice, all topped with friendly service. With their consistently exceptional service, these guys make everything as easy as they can for us. Thank you SDE 🙂”

We value your feedback

Call to make a booking or complete an enquiry form